Community
Cooking Diary has been nominated for the 2020 Webby Awards!
Please vote for Cooking Diary! 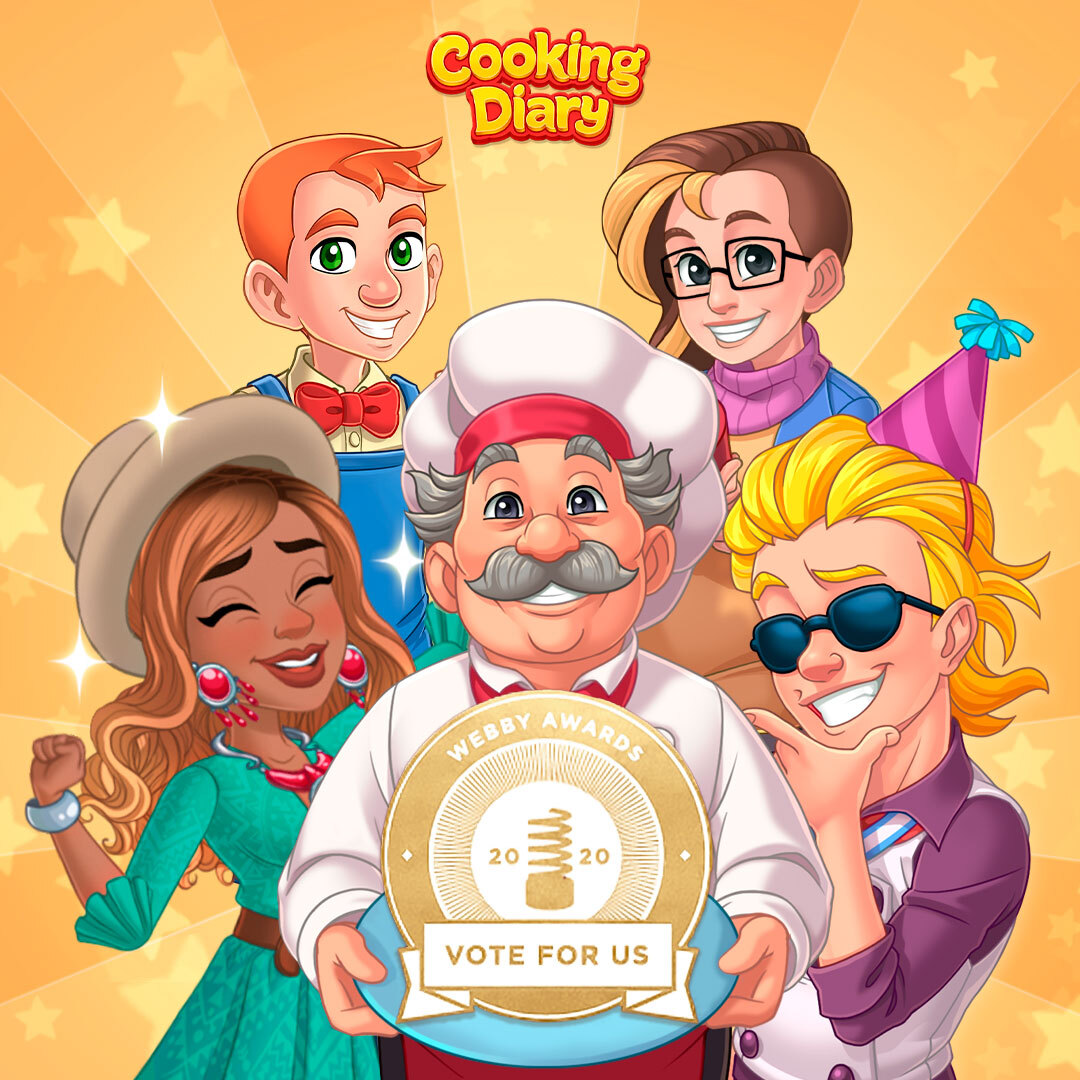 We’ll be happy if you support our project with your vote :) You can vote until May 7 by logging in via Twitter or Facebook. Go to this link to vote:

The Webby Awards are called “the Oscars of the Internet”, and they’re given to popular internet projects which include games. In the past, such games as Pokémon GO, Monument Valley, Overwatch, Angry Birds, Fortnite and others won the awards. The Webby Awards ceremony was supposed to take place on May 11 in New York City, but it will be held online instead.

We’re thankful for every vote! :)